The History of the Evening Dress 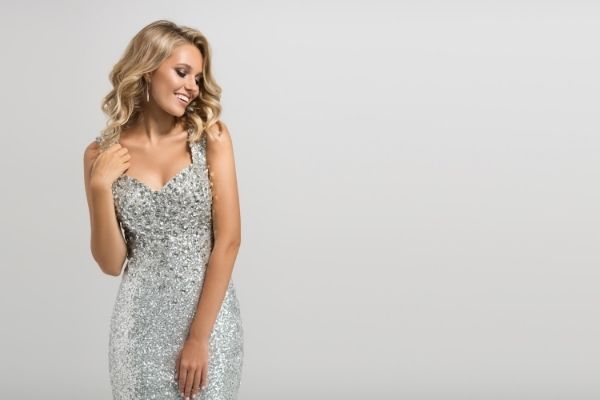 Evening wear began its evolution in the royal courts of 15th century Europe. The more elaborate the clothing, the higher the rank. The most opulent clothing was reserved for royalty and nobility. As trade expanded and methods of spinning and weaving evolved, rich textiles such as silk became more broadly available. Those who could afford fine fabrics began to show off their wealth with their clothing when attending royal events.

The history of the evening dress accelerated as court life intensified in the 16th through 18th centuries. Balls, dinners, and theatrical performances became occasions to display wealth and beauty. Women’s gowns were designed to show off bosoms, with low necklines enhanced with lace. Sleeves were interlaced with ribbons, and skirts grew increased to absurd widths with farthingales.

The late 18th century and early 19th century saw a change in women’s styles. Following the French Revolution, the Napoleonic Empire ushered in styles that echoed classical themes, throwing off the elaborate wigs and farthingales of the past. The high-waisted, ethereal Empire style gown came into fashion.

Beginning around the 1820s, evening gowns were adopted beyond royal courts. Their usage ranged from fashionable soirees in cities such London and Paris to balls held in country homes. The Romantic Era saw waistlines drop and skirts expand again, and bustlines emphasized with low necklines and off-the-shoulder styles with puffy sleeves. Fashions began to change more rapidly with each passing decade, progressing through hoopskirts and back to fitted styles with bustles in the late 19th century, all the way to sleeveless styles with long gloves in the 1890s.

The “Gibson Girl” S-shaped silhouette was expressed in evening wear during the Edwardian period in the early 20th century, with impossibly small cinched-in waistlines and curved, arching bosoms. Things began to loosen up with the advent of WWI and became squarer and less constrained, leading into the flapper era.

Gown styles in the first half of the 20th century were influenced by scarcity from economic depression and war. In the 1930s, glamour was defined by bias-cut silk or satin sheath styles worn by movie stars.

When WWII ended, Dior’s “new look” brought back often-strapless dresses that had tiny waists and huge skirts with crinolines.

Miniskirts came in the 1960s, often made in shiny metallics or bright florals. Hemlines have run the gamut since, alternately dropping to the floor for formal events or rising above the knee for cocktails. Silhouettes range from sheaths, mermaids, A-lines, fit and flare, or backless styles reminiscent of the glamour of 1930s Hollywood. The history of the evening dress echoes through many contemporary styles.

Whatever your taste in gowns, and whatever event you’ll be attending, Effie’s Boutique carries the dress that’ll be precisely the one for you. Explore our collections online, from elegant Terani evening gowns to flirty cocktail dresses.